An important part of the traditional ensemble is the obi, a woven belt that is worn with the kimono. The weaver looked up at the aurora to find Canadian obi inspiration. 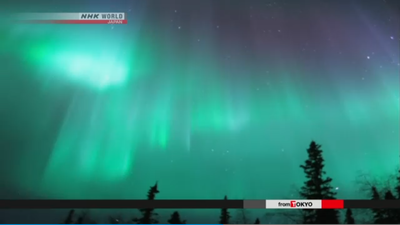 The loom's sound ... the echo of his skills.

Kisaburo Ogawa is the leading figure of Hakata Ori. This weaving technique has been handed down for almost 8 centuries. 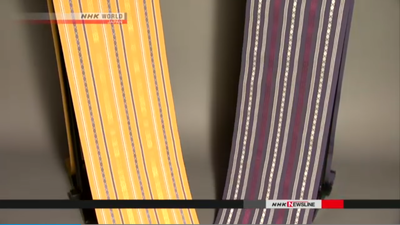 Ogawa is recognized as a national treasure by the Japanese government. He specializes in Hakata belt sashes, characterized by a traditional design consisting of two sets of stripes and two geometric patterns. All Ogawa obi strips contain only these four elements.

Ogawa says to follow a fixed and standardized motif. To draw Canada, you need to figure out the best colors and sizes. He says it is easy but challenging at the same time. 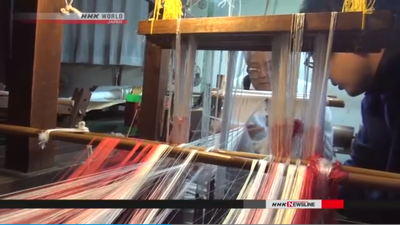 But the more he thinks about it, the more difficult it seems. 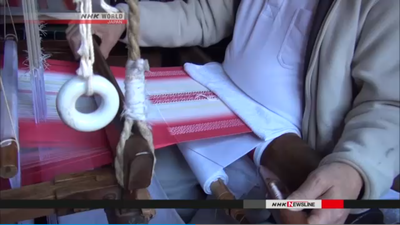 Ogawa has been woven for over 60 years. However, this is the first time he expresses national quality using Hakata Ori customs. 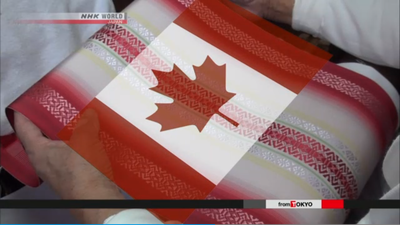 In his design, we intend to emphasize the colours of the Canadian flag, red and white.

One by one, he sets nearly 6,000 warps on the loom. Hakata Ori uses only warp yarns to create contrasting colors and patterns. Therefore, misplacement of even one thread will affect the overall design. 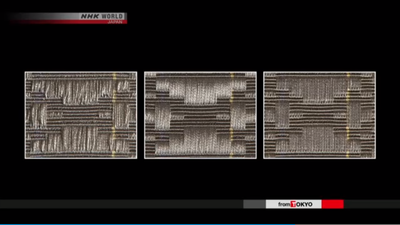 Then he begins to weave according to the second natural rhythm through years of practice.

He says his hope is to expect people to represent Canada in his belt design.

Ogawa draws Canada in only four patterns. This represents the national flag of the country.

The colour woven into the interior evokes Canada's vast natural beauty ... Ogawa captured the aurora with a delicate red gradation.

A palette that changes from green to scar like a seasonal color change. 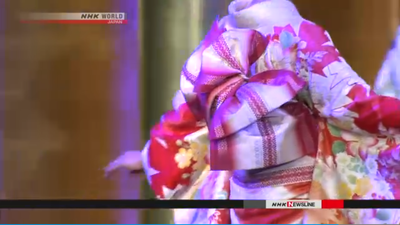 A closer look reveals Ogawa's artistic and skill range. He includes traditional design elements in the red hue. When viewed at a certain angle, the surface becomes brighter.

Silk is delicate. Ogawa adjusts the tension according to the temperature and humidity conditions.

Finally, the completed band will be released.

It is combined with a Canadian kimono and features maple leaf motifs.

The ensemble was presented to Canadian delegations during seven group events.

Members of the Canadian delegation convey respect for Canada and say they are uniting the four seasons of Canada. 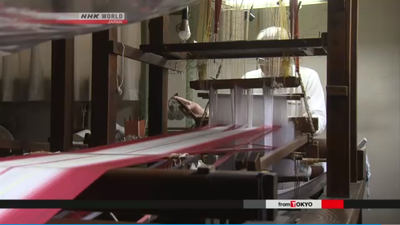 For Ogawa, tradition should add modernity to the next generation. He says people may equate tradition with the old, but it may also lead to new.

This Japanese weaver has devoted his life to maintaining artistry for centuries. Currently, his mastery goes beyond customs, bringing the beauty of Hakata Ori to the world. 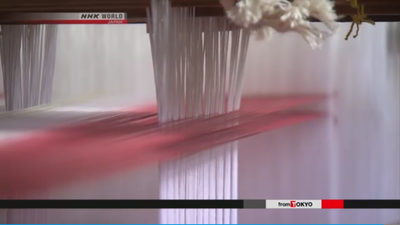