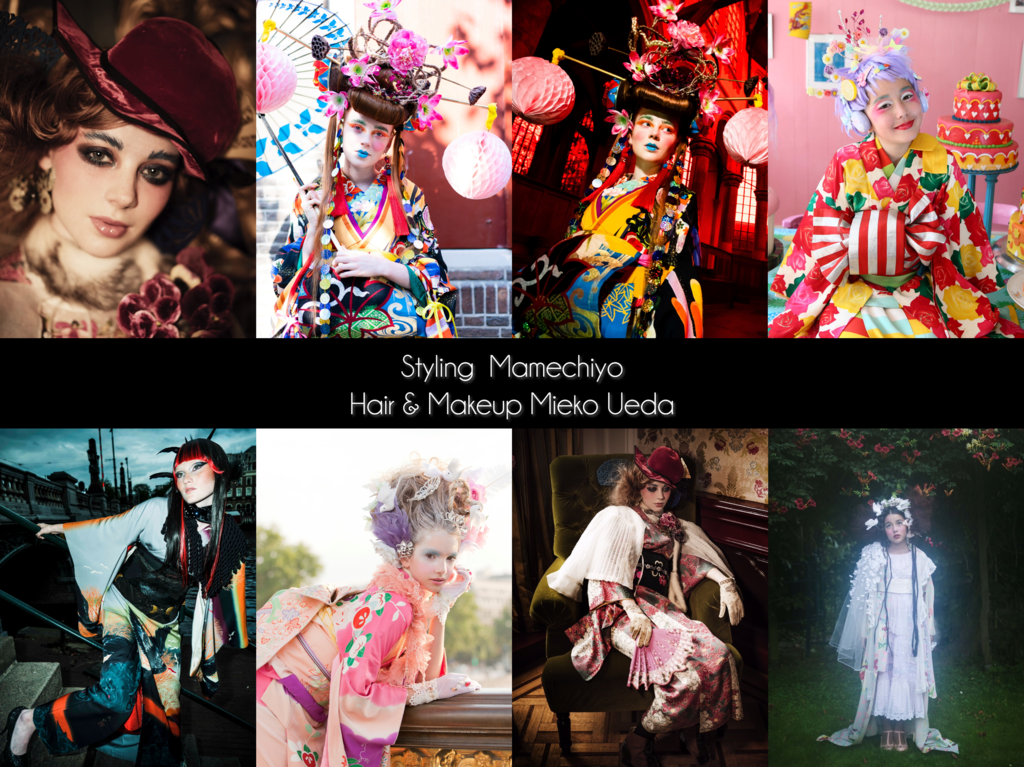 KIMONO BIJIN is proud to bring two Japanese artists to this year's Anime North. These amazing artists will put together an enchanting kimono show, give hair/makeup and kimono demonstrations, and more!

“mamechiyo modern” is spreading kimono as a fashion suitable for modern daily life!

Combining the cute nature of kimono with its legacy as a Japanese tradition, mamechiyo modern creates highly original designs which transcend the boundaries of time, the east and the west.

As the leader of the greatest kimono revival after the Second World War, mamechiyo modern fascinates and inspires not only fashion-conscious young people but enthusiastic fans and connoisseurs across generations.

Additionally, mamechiyo modern has earned numerous achievements in styling, as seen in TV and magazines, etc. They have also participated in designing collaborations, such as costuming for stage productions and special company requests.

mamechiyo modern kimonos were exhibited and added to the permanent collection of the Victoria and Albert Museum (London) in 2012 and in 2015 the Van Gogh Museum (Netherlands) requested an official collaboration of design works and other products.

mamechiyo modern kimonos can be seen on the following well-known personalities in the anime and manga, and music world:

Currently, Mamechiyo is producing a multitude of creative photographic works that spread the message of kimono’s beauty and impressive nature throughout the world.

She introduced the segment “Rejuvenating Hair and Make-up Techniques” for the Japan Broadcasting Corporation’s (NHK) Tameshite Gatten and Asaichi.

She was involved in establishing the hair and makeup school, SABFA, operated by Shiseido and has acted as an instructor and mentor for hair and makeup artists - including the top artists representing Japan.

She publishes a variety of creative works both in Japan and throughout the world which adhere to her own unique sensibilities. She has also received much attention in the Netherlands, Paris, Switzerland and London for her projects that fuse eastern and western style to revive the traditions of Japan into the present age.

Additionally, she has served as the chief of hair/makeup for the Rimpa School’s 400th Anniversary Event’s fashion show held in the Kyoto National Museum and for internationally renowned fashion designer, Junko Koshino’s, fashion shows held in Poland, Spain, Russia and Pairs, which were covered on television.

◆◆◆Are you press?◆◆◆
Please apply from this form and come to the fashion show and panels.
https://www.animenorth.com/live/index.php?option=com_content&view=section&layout=blog&id=10&Itemid=113

Please direct all questions regarding accreditation and/or interview requests to
kimonodiscovery[at]gmail.com  [at]→@